Welcome to your digital library

The first Tuesday each month on ABC1 at 10pm.

Past episodes are available for viewing on their website.

Have you found something you want to read?

Fast Find the title in the Library Catalogue to

Philip Pullman
Author of the His Dark Materials trilogy

Finn Family Moomintroll Tove Jansson
Emil and the Detectives Erich Kästner
The Magic Pudding Norman Lindsay
The Rime of the Ancient Mariner Samuel Taylor Coleridge
Where the Wild Things Are Maurice Sendak
The Ballad of Sir Patrick Spens (or other good anonymous ballads)
First Book of Samuel, Chapter 17 (the story of David and Goliath)
Romeo and Juliet William Shakespeare
A good collection of myths and legends
A good collection of fairytales

How and why we read

Magazines out this month 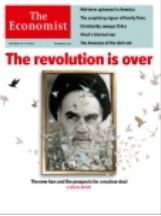 100 books to read before you die

Click here to read the list by online book recommendation site Goodreads, of the 100 books you should read before you die.

1:   To kill a mockingbird by Harper Lee

2:   Pride and prejudice by Jane Austen

5:   Harry Potter and the sorcerer's stone by J K Rowling

10:   Little women by Louisa May Alcott

Connect with your favourite authors, review books and join forums.

Join Goodreads.com to create a record of what you are reading.

It is a fun way to share with your progress and organise custom shelves for the different types  of books that you read.