Taser use by Police

Women on the Front Line in War Zones

Parents using IVF to select the Sex of their Baby

Police use of Tasers

The Ethical Perspectives of an Issue

The focus of this area of study is on the analysis and comparison of the use of language in texts that
debate a topical issue which has appeared in the Australian media since 1 September of the previous
year. Students read, view and listen to texts such as feature articles and opinion columns, cartoons,
editorials, letters to the editor, interviews on current affairs programs, websites and CD-ROMs,
speeches, excerpts from online focus and discussion groups, and advertisements in magazines and
newspapers, and on websites and television. They analyse and compare the ways in which verbal and
non-verbal (including visual) language of these texts is used to persuade readers and viewers to share
the point/s of view being presented.
Drawing on their study of the use of language to persuade, students construct a piece of sustained and
reasoned writing in which they put forward their own point of view on the selected issue in written
or oral form.
Outcome 3
On completion of this unit the student should be able to analyse the use of language in texts that present a point of view on an issue currently debated in the Australian media, and to construct, orally or in writing, a sustained and reasoned point of view on the selected issue.
To achieve this outcome the student will draw on knowledge and related skills outlined in area of
study 3.
Key knowledge: This knowledge includes
• the structures, features and conventions of a range of persuasive texts from the Australian media
– print, non-print and multimodal – constructed for different audiences and contexts;
• techniques for the critical analysis of ideas, arguments and evidence presented in persuasive
texts;
• strategies and metalanguage for identifying, analysing and comparing the use of verbal and nonverbal
(including visual) language designed to position readers in particular ways;
• strategies for constructing a sustained, coherent and logical argument;
• the conventions of small group and whole class discussion, including ways of developing
constructive interactions and building on ideas of others;
• the conventions of spelling, punctuation and syntax of Standard Australian English.

If your 'Ethical Issue' has been in the media recently (check Google News) you may use this topic. If you want a different topic ... browse these places ...

Background Information on Your Topic

For further reference information on your topic .. visit our Online Resources Page. or click below

Year 12 students are reminded that they can only use newspaper/magazines articles and resources from Australian media (media can mean print and eletronic) that are dated from September 2015 onwards for their Oral (Language Analysis: Issue) and the information must be Australian.

Also use the Issues Research tab above to locate appropriate resources

The library has the following print resources available for your oral presentation.

The Library holds the following newspapers

(Newspapers are held in the Resources room. Please ask a library Staff member if you require access to hard copies of the above papers

Search the archives of the programs below for topic ideas or for information on your topic. 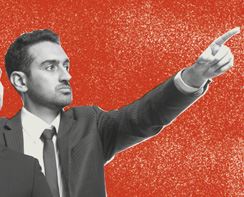