Religion in Australia
This is a wikipedia resource, therefore you must cross-reference the information you take from here to ensure it is accurate. Use the bibliography links at the bottom of the page to find further information too.

See the articles below for great 'big picture' summaries of Australia's religious landscape.

Infographic  - scroll down to Religious Affiliation

Religion in the Current News

An introduction to Christianity in Australia

An introduction to Buddhism in Australia

An introduction to Islam in Australia

An Introduction to Hinduism in Australia

An Introduction to Judaism in Australia 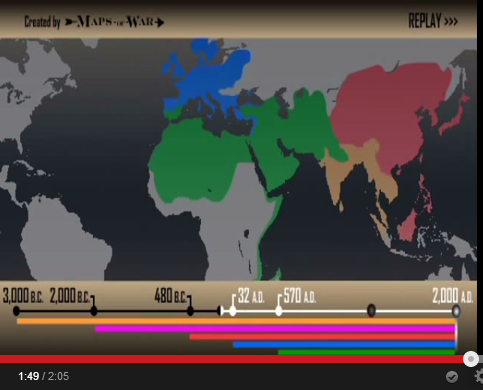 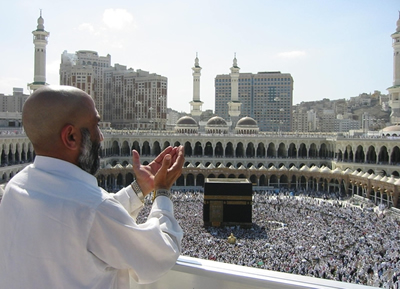 The True Story of Islam (Documentary)

Buddha: A Documentary about Buddhism http://www.youtube.com/watch?v=dLMZNmxFUZU

Sacred Texts: The three main texts here. Tiptaka. Each Buddhist group has a number of texts.

John Green Crash Course History: Buddha and Ashoka (The history behind the religion) 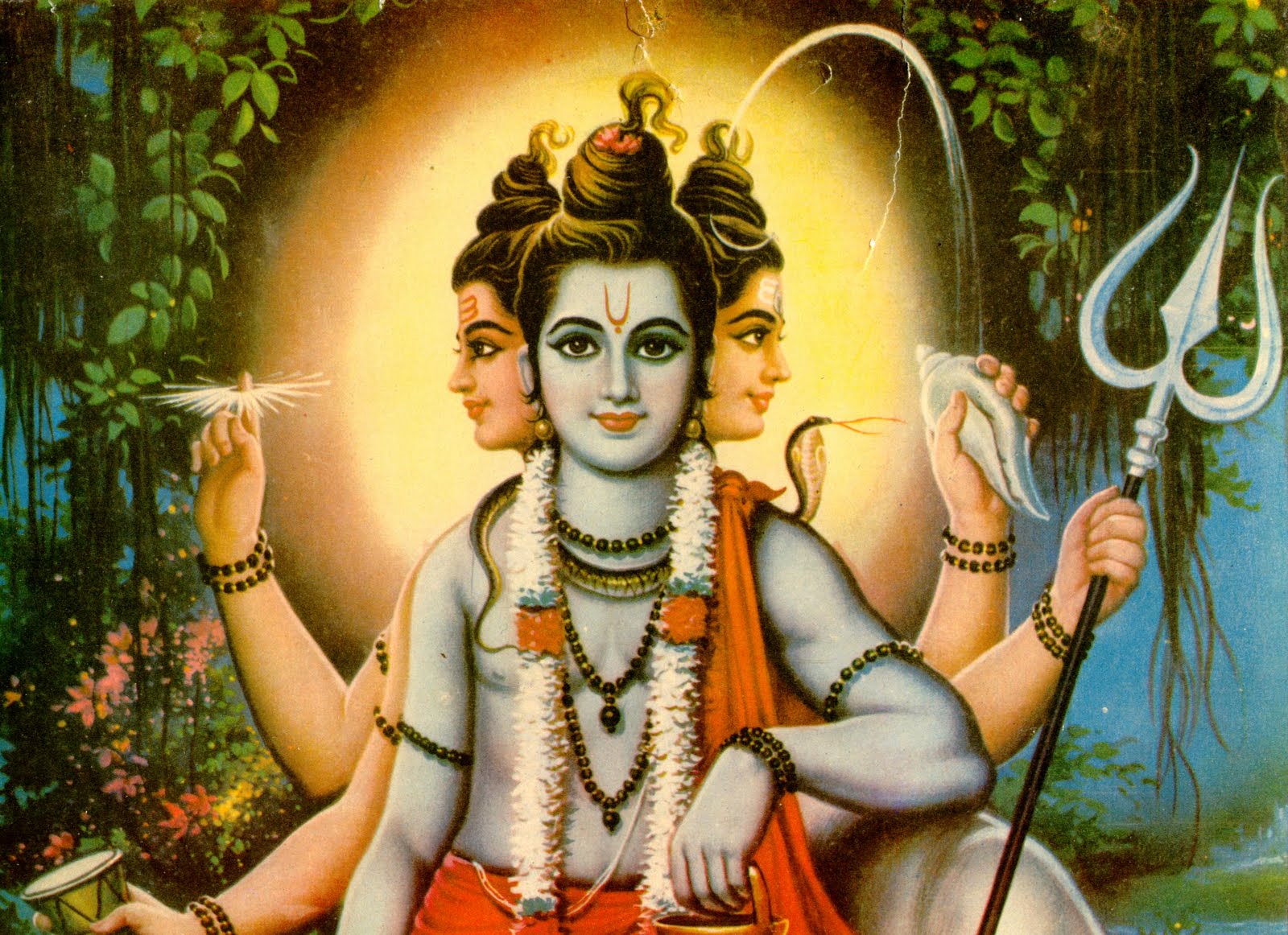 Judaism (NSW Board of Jewish Education) and more here.

Judaism 101 (use the tabs across the top for more information) http://www.jewfaq.org/beliefs.htm

Examples of Religion in Australia

Video Clips from The Making of Modern Australia series.

"This story captures the views of people from Buddhist, Hindu, Muslim & Jewish traditions about attitudes to their lives in the social environment of contemporary Australia."

What is Interfaith Dialogue?

Interfaith dialogue is not a forum for debate or evangelisation, fundamental disagreements about beliefs are accepted, and no attempt is made to try and prove the superiority of one belief system over another. However, from such discussions some common grounds may be found between religions. Through building such relationships, different religions may choose to work together on common projects, have interfaith prayer services, and stand publicly united on significant issues."

What does Interfaith Dialogue involve?

"Interfaith dialogue occurs across a range of different levels. In 1996 Pope John Paul II held an interfaith prayer service in the Domain in Sydney. In 2001 churches, synagogues and mosques in Sydney held reciprocal visits to pray for peace and express unity. Other examples of coming together include interfaith prayer services commemorating the Bali bombing and the Boxing Day Tsunami.

"Australia is an increasingly pluralistic society in the sense that it is multi-cultural and multi-faith. Interfaith dialogue creates respect and appreciation for religious diversity which is essential for harmony and peace.

Historical and ongoing religious conflicts and persecution have often led to prejudice between religions that if not addressed can lead to division within the Australian community. Examples of suchinter-religious conflict, that have affected ethnic communities within Australia, include Muslims versus Jews (e.g. Palestine-Israel), Jews versus Christians (Pogroms in Russia), Christians versus Muslims (the Crusades & the Gulf Wars), Muslims versus Hindus (Pakistan-India), Hindus versus Buddhists (Sri Lanka), Buddhist versus Christian (Vietnam).

Following the terrorist attacks of September 11, the wars in Afghanistan and Iraq, and the ongoing 'War on Terror', the Muslim community in Australia has been subjected to suspicion and persecution. Interfaith dialogue has been an important method ofworking to break down the stereotypes and prejudice towards Muslims.

Interfaith dialogue is also important to build relationships between different religions so they can more often and more effectively speak out on common issues and uphold shared values such as the dignity of the person, the sanctity of human life, care for those in need, justice and peace. In an increasingly secularised society interfaith dialogue can help different religions to stand together in proclaiming the importance of faith, spirituality and the transcendent aspects of life. Interfaith dialogue is also important in helping religions support one another, for when the rights of one religious group are challenged all others are ultimately in danger as well."

The above excellent summaries are from Studies of Religion.

The first is fairly obvious. Interfaith has struggled to engage with people who have no religion or do not believe in God. Whilst 40 years ago this dearth did not seem so apparent, today, people who identify as having no religion comprise almost a quarter of our population. For interfaith to stay relevant, we have to bring everyone to the table. This is what we at InterAction, Australia’s first ever youth run interfaith organisation, have focused on over the past year.

At the end of 2011, we organised the Victorian Youth Interfaith Forum, which featured speakers from several interfaith and multicultural initiatives. One of the most profound speakers was a young man named Jason, an atheist who had participated in InterAction’s youth leadership program, iAct.

At the forum, Jason said: “I’m a secular humanist, because I choose to identify myself in terms of what I believe rather than what I don’t believe.” ... As it turns out, there isn’t much of a divide when a Buddhist talks to a bunch of atheists, actually!

The second important finding of the 2011 Census will resonate with those who are familiar with the interfaith space in Australia. Without going into too much detail, interfaith in Australia, until recently, focused largely around all three Abrahamic faiths: Judaism, Christianity, and Islam. People of other faiths were often a second thought, if they were included at all.

The 2011 Census data shows us that non-Christian faiths in Australia are on the rise. Anyone who knows interfaith has known this for years. Now the Buddhists, Hindus, Baha’is, Sikhs, Jains, Zoroastrians, etc are brought to the table as equals.

At InterAction, the religious diversity of Australia is not a new discovery to us. Our founding members were from the Buddhist, Sikh, Hindu, Muslim, Jewish, Baha’i and Christian traditions. Since InterAction began in 2009, people who identify as atheists, agnostics (seekers), and everything in between have volunteered with us. It has been an enriching and eye-opening journey for each and every one of us."

What are the key problems and ideas for the future that come out of InterAction's discussion on Interfaith Dialogue?

Q&A is a weekly discussion program on ABC that involves a panel of speakers talking about topical issues and chaired by Tony Jones.

"Last weeks Q & A was on the theme of “faith & love”.  For regular watchers of the show it promised an interesting diversion from the weekly banter and one-up-manship of politicians taking swings at each other on national television.  But sadly while the theme and the 5 panelists (Buddhist nun, Catholic Archbishop, Muslim Imam, Secular Jew, Atheist Comedian) promised much, it did little to raise the tone of the debate.

Of the 60 minute show, probably 55 minutes were spent circling around three issues: homosexuality, paedophilia & terrorism.  While these are clearly the hot button issues when the topic of religion is raised in the public square, I couldn’t help but feel a little sad.  In our increasingly cosmopolitan society is religion going to remain forever pigeon-holed as cause of discrimination, perversion & war? Of course something must be done to reform religious traditions, but if all we do is talk about the problems within them how will religious traditions ever come to enact their core purpose – reforming and transforming ourselves and our world? Our society faces some huge challenges: economic collapse, climate change & extreme poverty being just a few.  The root causes of these issues are things which religious traditions were once-upon-a-time tasked with addressing: selfishness, greed, lack of empathy, etc.

While the world’s faith traditions are ancient storehouses for tools needed when addressing the worlds issues, few people are looking into the vaults of the great faith traditions in search of an answer.  As long as the conversation remains fixated on the insane practices of those on the fringes of religious traditions (just as we saw on QandA), fewer and fewer people will look to religion as a legitimate source of inspiration.  If this is where we remain stuck, we will lose so much of humanities great wisdom.   While faith traditions certainly must shed some baggage of their own making, they posses so many assets of humanity that our world can’t afford to lose.  But how do we untangle what to keep and what is just baggage?  How do we live such ancient wisdom in a  modern way?  How can we change the conversation about religion?  And how do we bring both secular and religious communities along on this journey together?

After last week’s show I’m left with more Q’s than A’s.  Changing the conversation about religion takes more than a one hour TV show."

History of Religion in Australia

Create a visually appealing and easy to understand snap shot of the History of Religions in Australia using the online software Infogr.am and primary sources. Visually display the key data and outline the key trends.