PURPOSE - Why do you think the information has been published? Who is the intended audience?

AUTHORITY - Can you identify the author? Are they an expert in the area they are writing about?

CURRENCY - When was the information published or last updated?

RELIABILITY - From answering the above questions: Can you trust the information here?

Resources in the Library

There are many printed resources relevant to Australia and World War 2 in the Library. Here is just a selection.

Australian POW Nurses of the Japanese 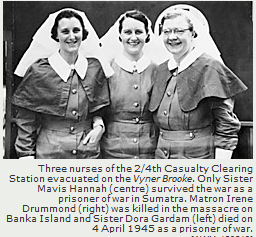 Vivian Bullwinkel
http://www.angellpro.com.au/Bullwinkel.htm
Scroll down to 'Prisoner of War Days'

A Woman's War: Wilma Oram Young
http://www.angellpro.com.au/oram.htm
Scroll down two thirds of the page to Wilma's experience in the camps.

Nurse Pat Darling Interview (Fast forward to 2 mins in)
http://www.pows-of-japan.net/videos/patdarling.php?vid=GlsGObhL3ao&num=4_of_7
Pat survived the Vyner Brook then became a POW for 42 months. There are 7 parts. 2 minutes into Part 4 and continuing into Part 5 Pat talks about daily life in the camp. Part 5

PM Menzies as he prepares to declare war

Books: Find books on your topic in either Crate 3 or 10 in the Resources Room of the Library.

TROVE Newspaper Archive
http://trove.nla.gov.au/newspaper
Find newspaper articles from the time Menzies declared war by selecting the Year '1939', the month 'September' and the day '3' or after. 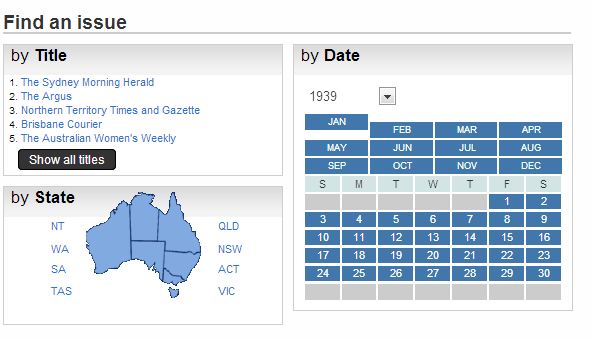 Use TROVE to find information about your topic, includes both primary and secondary sources. 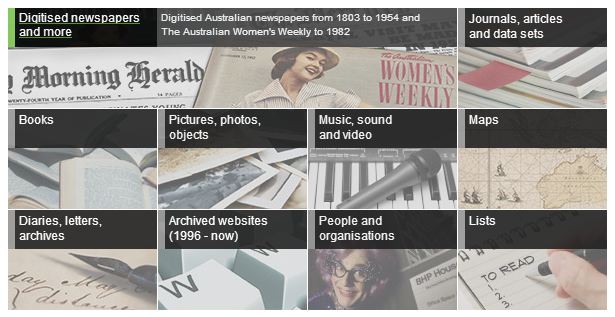 Below are some links to pages with information about the exact weapons and equipment used during WW2. You may wish to incorporate some of these details into your story.

Please go to the following page for information and resources for Night inspiration - here. 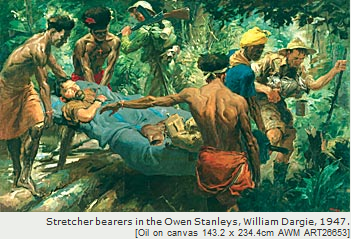 (State Library of Victoria: primary source material and links to other sites)

Resident of Darwin during the Japanese bombing 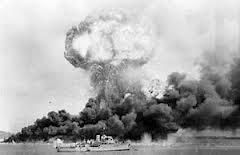 Battle for Australia: The Bombing of Darwin
http://www.battleforaustralia.org.au/2901/Overview/Bombing_Darwin/

As a 19-year-old Basil Stahl was based at Darwin's Larrekeyah Barracks with the Army Survey Corps on the day of the first bombing of the NT capital on February 19, 1942. Here the former Sapper shares his recollections of that fateful day when he rushed to take photos of the raid, not knowing that a second attack was coming.

Filming the bombing of Darwin

For footage of the actual bombing, we rely on the films of amateur filmmakers who were stationed in Darwin at the time. They also took in scenes of destruction, filmed once the danger had passed. Though mostly black and white, faded, scratched and lacking a sound track, the films clearly convey the devastating effects of the attacks : masses of smoke rise against a clear sky, out of which a shot fighter plane drops to earth; ships stream plumes of smoke, and the wreckage of homes is clearly seen.

Here are a few selections from the Memorial's film collection of Darwin in 1942.